It started with a simple ambition: I was going to North Wales for a long weekend to get some much-needed training in before the Limone Skyrunning trail race later this month. I mentioned my plan to a friend, who jumped at the opportunity to join me, with me planning routes. And then another friend, and another, till I ended up booking a large cottage in Llanberis, armed with all my personal kit, first aid, maps and spare supplies. 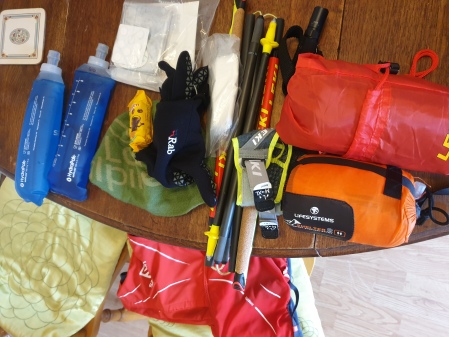 With simple things like room allocation out of the way and plenty of food supplies stocked up, I took the group out for the first run of the weekend. Through Llanberis and up the quarry trails at the far side of Lake Padarn. The objective wasn’t distance but to check everyone’s kit, proficiency and fitness.

On the Friday each runner set off separately for Snowdon summit from Llanberis. I set off last to sweep up, and there was even a quiet mountain when it felt like I had the whole mountain to myself, and the clouds parted just before sunset reviewing the stunning landscape below.

View from Llanberis Path before sunset

Saturday was the biggest day, with the biggest group (some had not arrived for the extended weekend). For variety, we started from Pen-y-pass and took the Pyg Track up to he summit. The group naturally split into two, and I found myself shuttling between the two until the gap between the two groups grew too large. I escorted the slowest runner up, trying to keep their spirits up in the rain.

Once I was satisfied that the slowest runner was doing ok, I legged it to the summit too catch the fastest group and give them instructions, before descending to bring the slowest person up. I sent the slowest people down Llanberis Path, and I ran with the fast group down to Miner’s Path, then back up to where it joins Pyg, before retracing our footsteps to the car, about a mile further down from Pen-y-pass.

Finally, a drive back to the cottage, a change into dry clothes and then back out to Llanberis Path to collect the second group, who were walking down at this point. I think at this point I’d done the equivalent of two Snowdon summits in height gain! 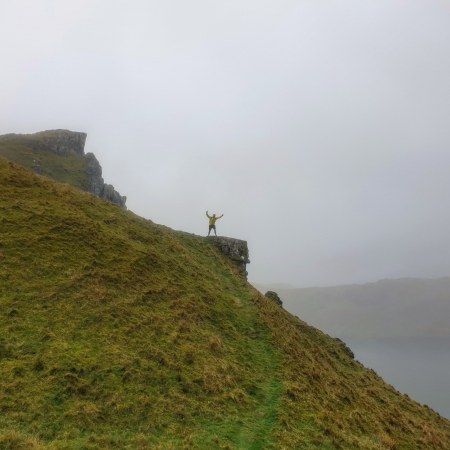 One of my merry band on Snowdon!

Sunday: pack up and farewells

I led a short flat recovery run, followed by a group breakfast at the famous Pete’s Eats, and then saying farewell to everyone.

The feedback has been overwhelmingly positive. One individual has already enquired about doing the Welsh 3000s with me next year. Another has bought new outdoors kit and will be back out on the mountains this weekend.

As for me, I think it was a great experience; one I’d happily do again. The Saturday was a lot of fun, shepherding people on the mountain. A little disclaimer: I made sure everyone had the appropriate capabilities, kit and knowledge, plus there were multiple first aiders (who weren’t needed), and I carried emergence group supplies.

This coming weekend I’m cycling London to Paris unsupported in 24 hours, then the following week is the Limone Skyrunning race… Bring it on!