Last weekend was the Great North Run, the world’s largest half marathon. Having run it several times before, I thought I’d give it a go once more. Regular readers may have noticed that I haven’t posted since I got back from the States, and that’s probably because I needed time to unwind from six months of hard training.

The unwinding was good – I took to it with the same enthusiasm that I take my training, which is to say I had a fun and sociable July and August, with only the lightest exercise efforts. However, I knew in advance that once I am done with a big race or exped I like to have something to look forward to, which is why I had booked in the Great North Run in early September.

With approximately 60,000 runners, it has an amazing atmosphere throughout the weekend. On the Saturday before the race, the Great City Games are held in the city, with tens of thousands of spectators. As a bonus, the games are free to spectate. I spent some time watching a couple of elite races and snapping photographs. 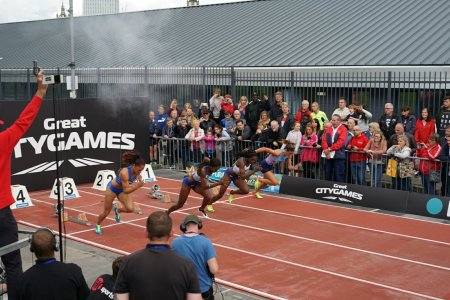 The Sunday morning I met with several other runners in Jesmond, walking distance to the start. This was my first mass participation event of the year (quite unusual for me) but because I hadn’t trained for a half marathon I didn’t expect that I would get a PB. However, I knew that I was still aerobically strong from my previous big race, and somehow I was still light. So I entered my starting pen, amid the usual fanfare around me, and waited for my wave to be brought closer to the start line.

From the get go, I decided not to check my pace but only to look at my heart rate. I let myself warm up then kept my heart rate above 180bpm, focusing on efficient strides. The lactic acid build up in my legs by mile 8, but I kept my cadence and stride length consistent. I wish I’d carried a third energy gel as I slumped a bit at mile ten until my second gel had kicked in. 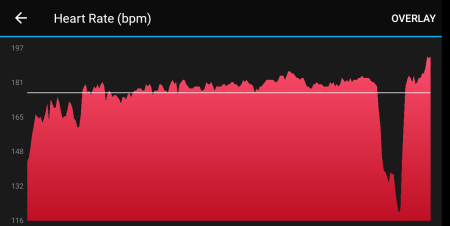 For the last few miles I had to fight the burn building in my quads, but managed to keep a consistent cadence and rather consistent pace. The final mile along the coast was all too familiar, and I eked out the last burst of extra energy to overtake more people in the home stretch.

Result – my second best half marathon time! (Actually,  the fastest recorded… for my real PB, I’d forgotten to wear my timing chip and only have a photo of my Casio watch as evidence!)

Crowds of sweaty runners after the finish line

I think this year’s Great North Run gave me something to think about after RAAM. Even if I didn’t do a lot of training for it, I kept my accumulated aerobic fitness up, as evidenced by my result. I now have something to aim for – an improvement on last weekend’s time!