Last Sunday was a scorcher! And, for about 1500 runners in Milton Keynes, it was a rather shadeless day to run 13.1 miles. 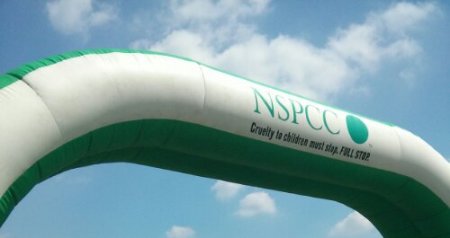 The course itself was surprisingly pleasant – it took in miles of leafy canalside and was predictably flat. Crowds were thin but there were unexpected pockets of supporters cheering runners on. Starting at a school, the route left residential roads and became greener quite quickly. The mile markers were accurately placed and the field was sufficiently small that the canal paths did not become a choke point at any point. The last couple of miles doubled back on the start of the route to finish back at the school, with the final 0.1 mile on grass.

The only negative was that the organisers had not provided isotonic drinks to runners, leaving fast and slow runners alike in unnecessary discomfort in the 25c heat. Later in the race I heard that organisers had set up an impromptu fourth water station, but by the time some runners had reached it the station had run out of water.

Having said that, I paced myself through the pain of dehydrated exertion and went on to get a half marathon PB, ending with a strong sprint finish. There were bananas, muesli bars, water and curiously Weetabix at the finish line, along with finishers’ medals. A brass band played, the bag drop system was efficient and post-race massages & hot showers were available. In addition to the high of finishing a race well, it was also a good feeling knowing that everyone had contributed to raising funds for a worthwhile charity.